The lakeside village surrounded by the Alps：Hallstatt 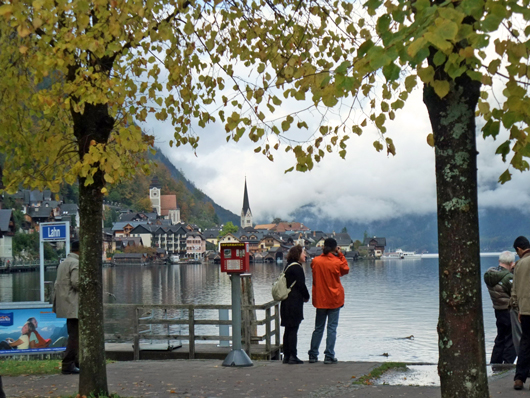 ＜ a full view of Hallstatt ＞
We visited Hallstatt in the Austria Alps in late October 2009.
We took the bus from Salzburg and went up the ravine deep.
Once, I was impressed by looking at the lake in Zurich and Luzern in Switzerland.
Although my heart beat fast, it became the weather of light rain unluckily. 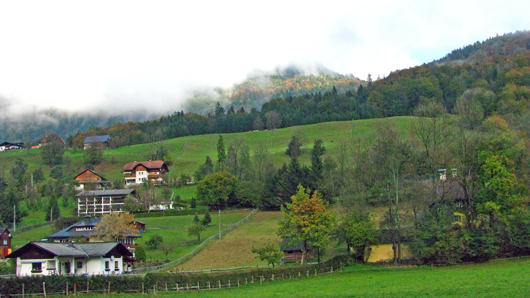 ＜ A scenery on the way ＞
The grass and the house on the way are Austrian style.
And the long waterfall and the lake could be seen from the bus window in some places. 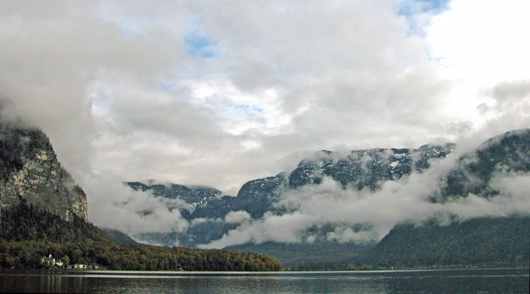 ＜ a full view of Hallstatt lake  ＞
The steep mountains surrounding Ｈallstatt lake were covered with the arising clouds.
As I looked back, the village of Ｈallstatt stood in obscurity between the mountain and the lake.
The scenery of the village carried me back to the middle ages of Europe.
It had atmosphere different from Luzern or Zurich that is a city. 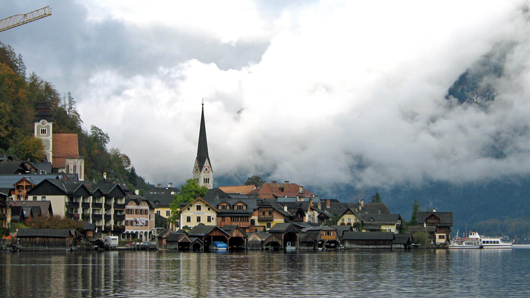 ＜ a full view of the village, a spireis a church. ＞ 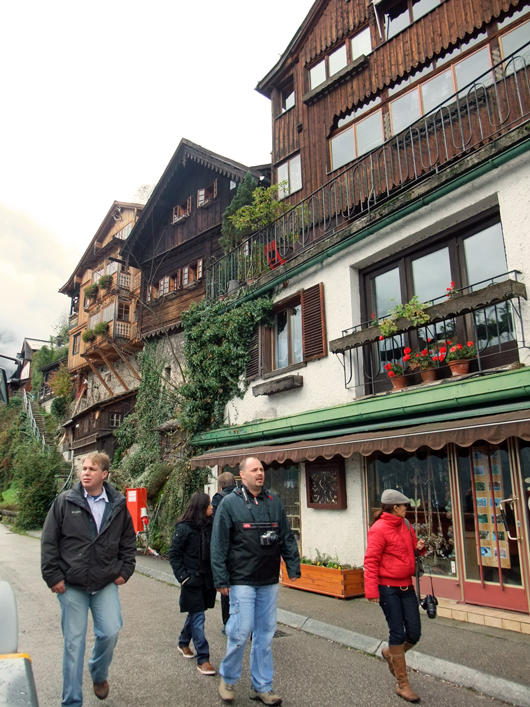 ＜ lakeside houses ＞
The village had been extended long and slender along a lakeside way.
The house made of wood has a rustic atmosphere.
A long waterfall was falling in back of the village immediately. 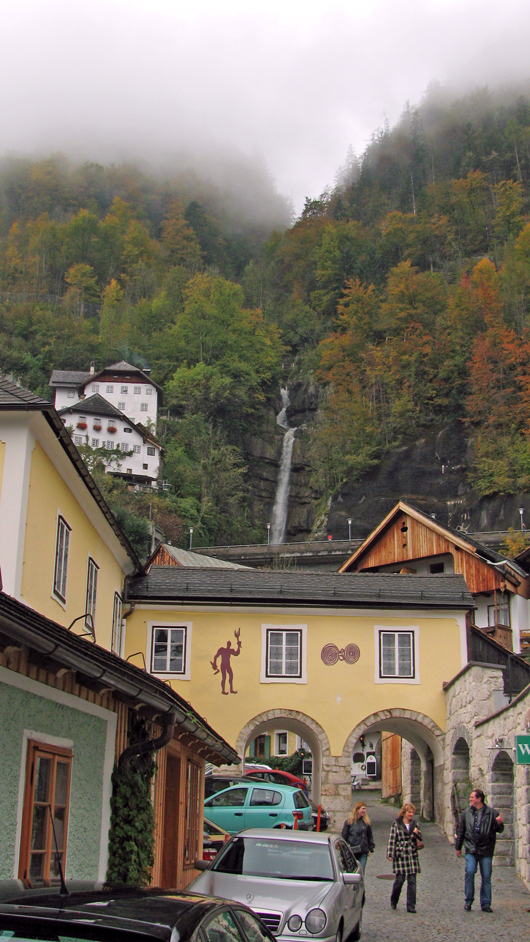 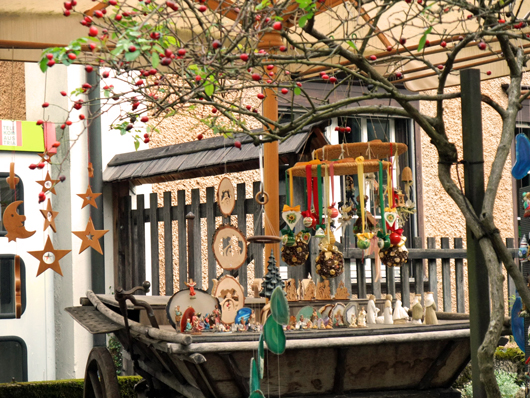 ＜ folk handicrafts of a stand ＞
I felt nostalgia for those folkcrafts of woodworks.
A small charch stood modestly on a central square in the village.
The scenery is truly a mountain village, and I was impressed by oneself. 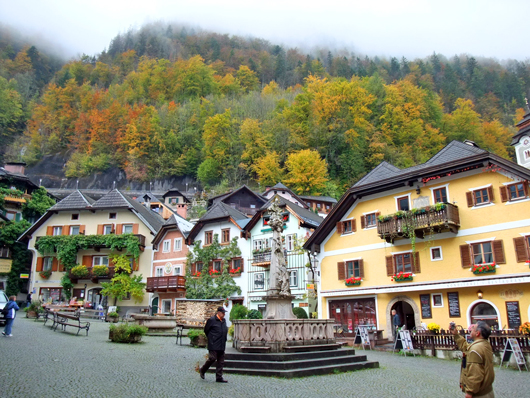 ＜ a central square in the village ＞
In this way, my emotional time finished in a flash.
However, in several days, I remembered that I forgot an important thing on here.
The ruins of Celtic culture that heralded the start of the Europe Bronze Age were located here.
People who went into along the Danube in Europe from the east made culture first here.
I was standing on the same ground as people of 3000 years ago.
The heart-stopping beauty of the scene has made me forget about that
Finally, I am regrettable that photos are bad because of the light rain.
Next time, I will report about sequel of " birth of primitive art ".
author aquacompass time: 7:34:00 PM